I posted about the upcoming DLC for Minecraft Dungeons the other day but a lot has come out since then. Quite a few more interesting bits of information has leaked out by modders, hackers, and others who have gone through the game files and used other methods.

Here’s all the information that has been leaked for the two upcoming pieces of DLC that are part of the Hero Pass.

The Orb of Dominance may have shattered, but its powerful shards have scattered across the vast Overworld. One of those shards has landed in the lush jungle, where new threats roar to life beneath the dark canopies. The shard, the source of the corruption, must be destroyed to free this land from the Orb’s dark manipulations.

When the Orb of Dominance shattered, it split into powerful shards that spread across the Overworld. A shard fell upon this unlucky land, and a creeping winter is now consuming this once lively place. The creeping cold seems to be spreading from this lonely fortress, which can only mean the shard is within. Until the shard is destroyed, the devastating frost will continue to spread – smothering all life in snow and shadow.

We’ve tracked the Orb’s shard to the edge of a dense jungle where dangerous creatures creep out from under the thick canopy. What brave hero would dare cut through the twisting vines to reach the dark power that hides within?

The Orb of Dominance may have shattered, but its powerful shards have scattered across the vast Overworld. One of those shards has landed in the lush jungle, Where new threats roar to life beneath the dark canopies.

The journey has just begun, for the corrupting shard lies deeper still within the heart of the jungle. The shard, the source of the corruption, must be destroyed to free this land from the Orb’s dark manipulations.

Within a secluded bamboo forest, perched on the face of a sprawling cliffside, a community of pandas have escaped the corrupting presence of the shard – until now. We need to fight back against the sprawling, strangling vines which have threatened to take over the homes of these lovable, defenseless pandas.

Deep within the jungle lies an overgrown temple, a place where nature has reclaimed its rightful place as ruler of the land. Could the shard have landed here?

The Jungle Abomination! The shard fell deep within the Jungle where it spawned a horrible creature – This vile beast cannot be allowed to continue spreading the corruption of the Orb. Tread carefully, for these overgrown temples harbor monsters

With the Jungle Abomination defeated and the shard destroyed, the jungle begins to recover from its nightmare. that will fight to protect the source of their newfound power. 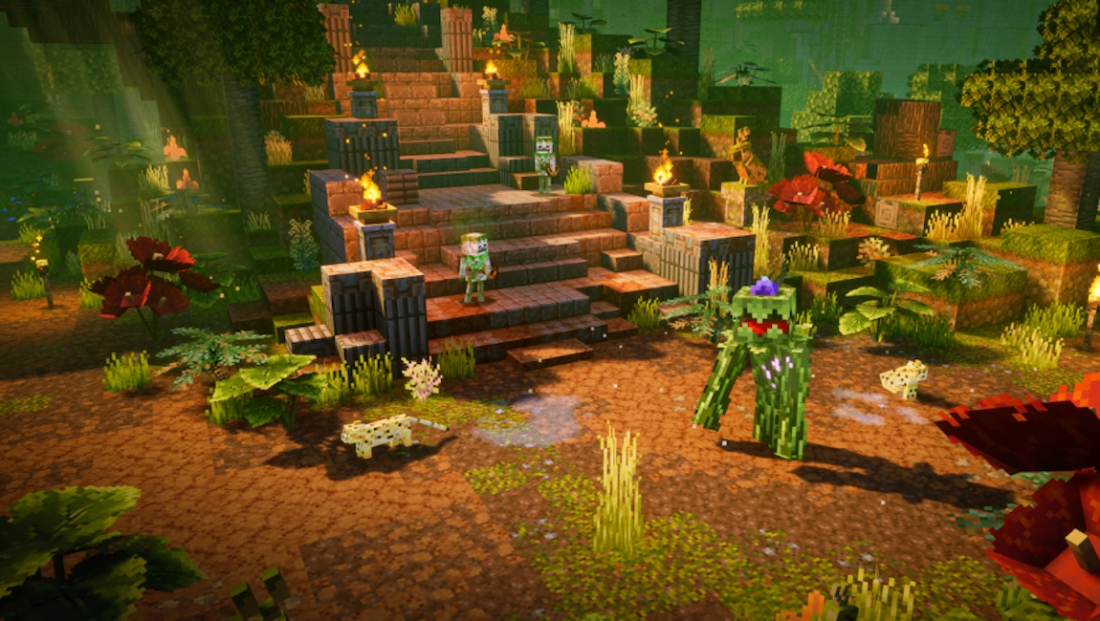 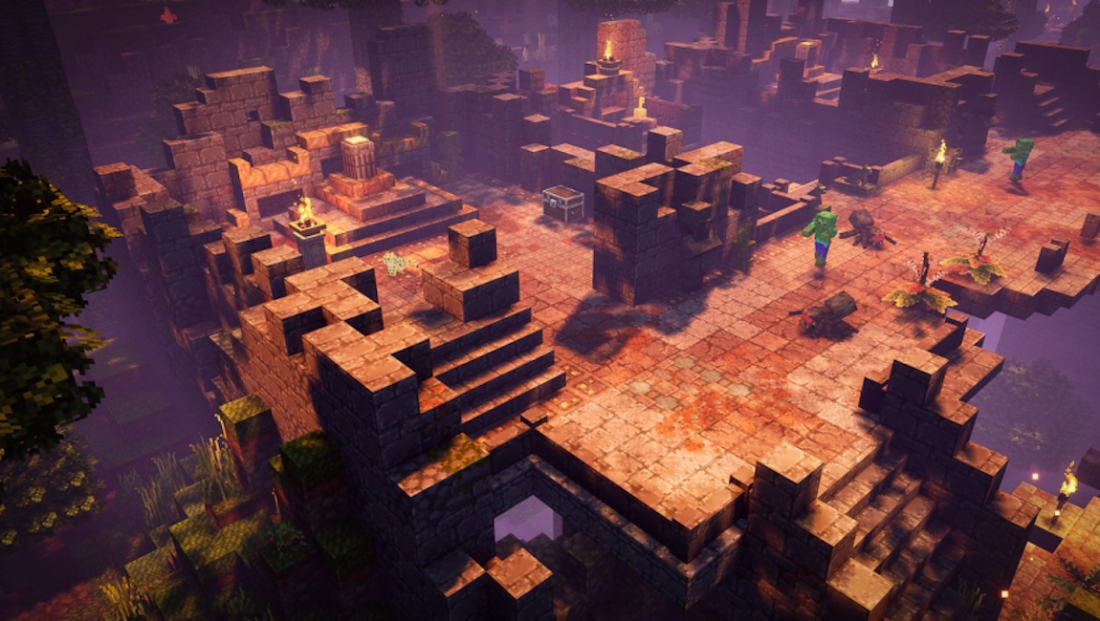 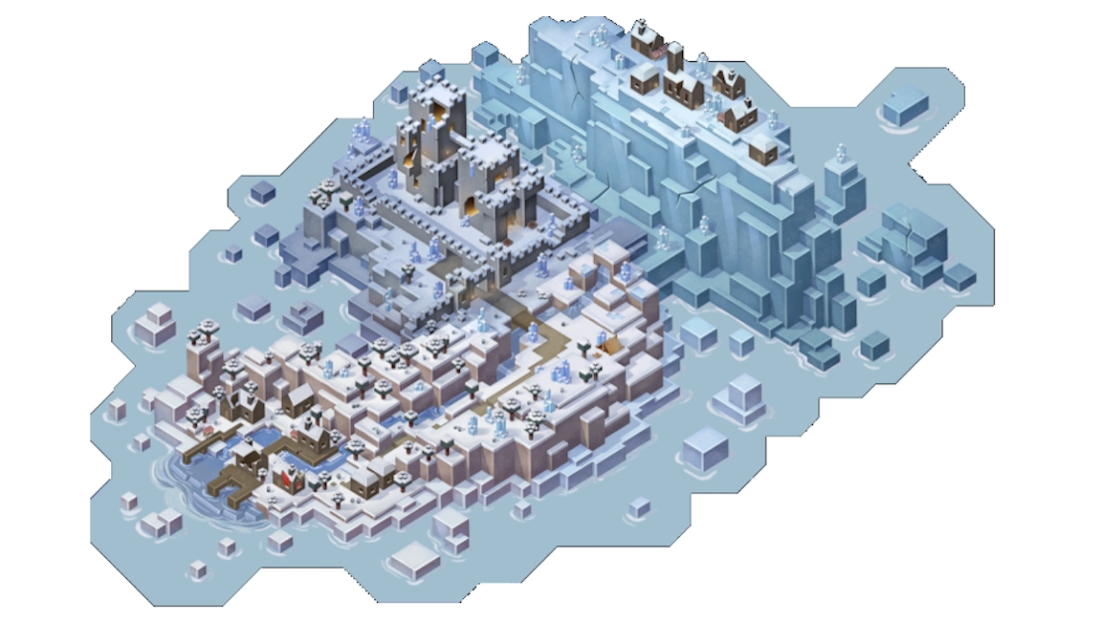 Long ago, a group of miners built a settlement on the shores of a great lake to harness the powerful energies hidden under the surface. But as time passed, the settlement was forgotten, and now the creeping winter has locked it away in ice. Who would be brave enough to face the elements and rediscover the magic of the this lost settlement?

To reach the source of the creeping winter, we must journey into the deep reaches of the wintry wilderness, with only a frozen river as our guide. Icy paths and dangerous enemies attack through the wind and snow, but the distant sight of a lone fortress could serve as a sanctuary from the elements.

The creeping cold seems to be spreading from this lonely fortress, which can only mean the shard is within.

An isolated fortress seems to be the source of the never-ending winter. Worst of all, from somewhere deep within those lonely ramparts, something terrible screams out with rage and fury. We have to push forward through snow-covered hallways and collapsing towers to reach the heart of the storm.

Deep within the lone fortress a wraith, distorted by the shard’s influence, is the source of the creeping winter. The shard must be destroyed before this Wretched Wraith can turn the world to nothing but ice and snow.

Now that the Wretched Wraith and the Orb’s shard are dealt with, these tormented lands can begin to thaw.

There some indication that some sort of Trial mode and three other cosmetic capes will be added. Most excitedly of all is the addition of an item called Diamond Dust, which when used with the Mason NPC will let you upgrade items to make them a higher Power level. This would allow players to more fine tune their builds.

I will update this post when I discover more information about Jungle Awakens and the Creeping Winter DLC.

I have made a massive list of all 140+ items in the game and can be seen in the link below. That guide will also be updated as more information about the DLC items are released.

My Other Minecraft Dungeons Posts: