Some South Park screenshots have been recently released. In South Park The Game you controls a new kid arriving in South Park. This will involve journeying around and making both friends and enemies. Characters that have been discovered will be added to a social database which can be used later on. South Park: The Game has small character parties and 2D style combat with classes such as fighter, mage, thief and cleric.

Read more to see the screenshots and more information. 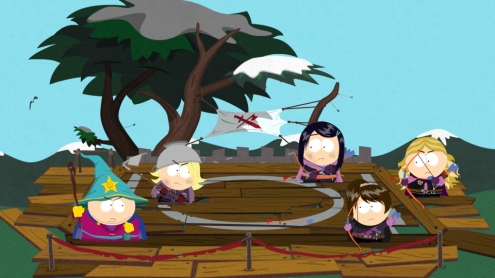 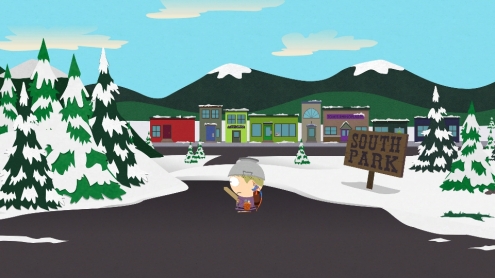 Danny Bilson from THQ said “South Park: The Game is an epic role-playing adventure that will allow the user to befriend Stan, Kyle, Cartman and Kenny and explore the quiet little mountain town like never before. Our goal is simple: to put creative talent first. Matt and Trey are arguably two of the most important comedic talents of their generation.  Bringing their vision of South Park to the interactive space is a dream-come-true.”

So far it looks a lot like the South Park television series so if the game is fun to play they will have a winner on their hands.

The game is currently scheduled for release on PlayStation 3, Xbox 360 and PC in the second half of 2012.

One thought on “South Park: The Game Screenshots”