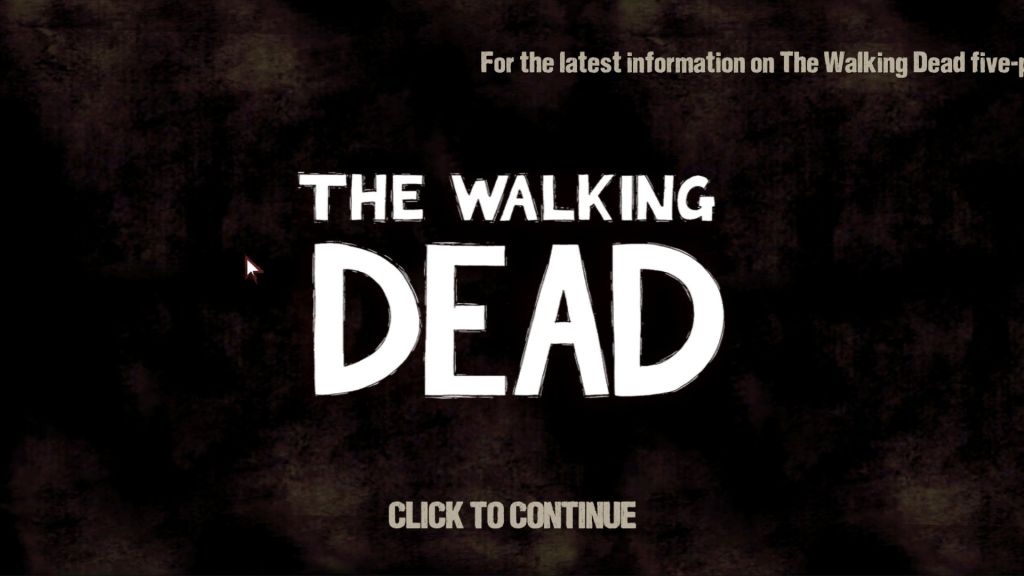 Today it’s The Walking Dead a 2012 episodic graphic adventure video game developed and published by Telltale Games for Microsoft Windows (PC) and consoles. It is based on The Walking Dead comic book series, the game consists of five episodes, released between April and November 2012.

The game takes place in the same fictional world as the comic, with events occurring shortly after the onset of the zombie apocalypse in Georgia. However, most of the characters are original to the game, which centres on university professor and convicted criminal Lee Everett, who helps to rescue and subsequently care for a girl named Clementine. Kirkman provided oversight for the game’s story to ensure it corresponded to the tone of the comic, but allowed Telltale to handle the bulk of the developmental work and story specifics. Some characters from the original comic book series also make in-game appearances.

Unlike many graphic adventure games, The Walking Dead does not emphasize puzzle solving, but instead focuses on story and character development. The story is affected by both the dialogue choices of the player and their actions during quick time events, which can often lead to, for example, certain characters being killed, or an adverse change in the disposition of a certain character or characters towards Lee. The choices made by the player carry over from episode to episode. Choices were tracked by Telltale, and used to influence their writing in later episodes.

The Walking Dead has been critically acclaimed, with reviewers praising the harsh emotional tone of the story and the empathetic connection established between Lee and Clementine. It won year-end accolades, including Game of the Year awards from several gaming publications. More than one million unique players have purchased at least one episode from the series, with over 8.5 million individual units sold by the end of 2012, and its success has been seen as constituting a revitalization of the weakened adventure game genre. In July 2013, Telltale released an additional downloadable episode, 400 Days, to extend the first season and bridge the gap towards the second season. The third season premiered on 20th December 2016.

Watch the video I made below showing about the first 32 minutes of the game.