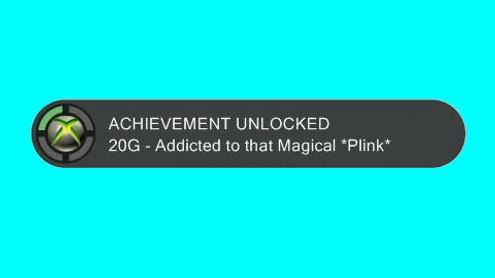 They aren’t as bad as some games and a few of them are similar to my ones but mine are more fun, imaginative and encourage the player to try new things and I’m not just saying that 93% of Zombies agree (out of 97 Zombies).

Achievements could be better

The problem with achievements is that they are unoriginal and predictable. Old games never had them and never needed them. Games might have a goal list or a percentage to complete for example GTA: Vice City but they were optional and no one knew if you done it or not you could lie.

I’m not saying all these are bad but every game has the basic same achievements which normally require you to play in a certain way if you want to obtain them all in one play through. And if you do something cool by using your imagination you’re not rewarded unless if it’s within the game rules. For example in Just Cause 2 If I drive of a cliff in a motorbike then land in a back of a truck safely why aren’t Im rewarded? but I’m rewarded for driving every vehicle in the game. Sand box games achievements are more important that linear corridor shooters as they can encourage creativity. Sure I don’t need an achievement to pop up when I done something cool but it be nice. Guess I can imagine it.

What games should have is instead of having fixed achievements is a way that the game learns, adapt and rewards the player accordingly to which is happening. This might devalue achievements in general but who cares how big your Gamerscore is? I don’t. The final score doesn’t matter but the continued encouragement and reward of achievements is similar to someone saying to you well done which makes you feel good. They could list all the players accomplishments similar to achievements which would be unique for each player. Achievements at the moment aren’t unique for each player. This doesnt mean stupid things should be rewarded but the game will learn when it deems something should be rewarded.

This all I would say leads to AI which is controlling the things visible in the game but also the intelligence in the background which you can’t see. After all this time with advancements in technology games still mostly rely on scripting of events and basic game mechanics just as using cover but that’s another discussion entirely. Some other time I might talk about it.

I think achievements in general are good they add more to games and allow players to show their accomplishments to others. Games like Team Fortress 2 and to a certain extent World of Warcraft have clever achievements which encourage creative play and teaches the player how to play and get more from the game. But with these games you could say achievements make players become obsessive over getting all of them. Which with a game like World of Warcraft is a good thing for the developers but maybe not for the players. I just want them to be more fun, creative and original of course some already do this but more could be done to expand how they are obtained and to make them more unique to the player experience.