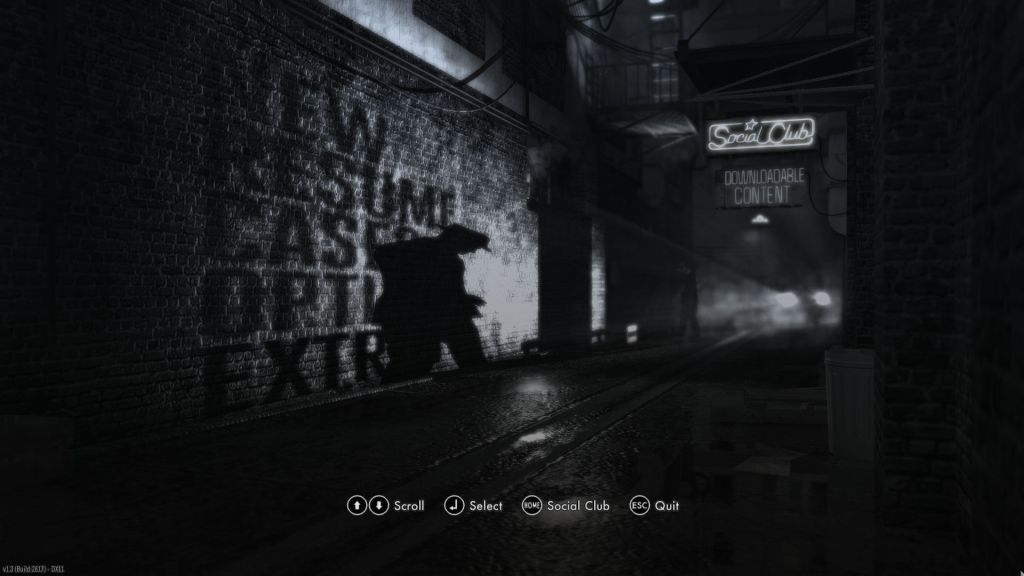 Today it’s L.A. Noire a 2011 neo-noir detective action-adventure video game developed by Team Bondi and published by Rockstar Games for PlayStation 3, Xbox 360, and Microsoft Windows (PC). L.A. Noire is set in Los Angeles in 1947 and challenges the player, controlling a Los Angeles Police Department officer, to solve a range of cases across five divisions. Players must investigate crime scenes for clues, follow up leads, and interrogate suspects, and the player’s success at these activities will impact how much of each case’s story is revealed.

The game draws heavily from both the plot and aesthetic elements of film noir—stylistic films made popular in the 1940s and 1950s that share similar visual styles and themes, including crime and moral ambiguity—along with drawing inspiration from real-life crimes for its in-game cases, based upon what was reported by the Los Angeles media in 1947. The game uses a distinctive colour palette, but in homage to film noir it includes the option to play the game in black and white. Various plot elements reference the major themes of detective and mobster stories such as The Naked City, Chinatown, The Untouchables, The Black Dahlia, and L.A. Confidential.

L.A. Noire is notable for using Depth Analysis’s newly developed technology MotionScan, whereby the actors portraying the game’s characters were recorded by 32 surrounding cameras to capture facial expressions from every angle. The technology is central to the game’s interrogation mechanic, as players must use the suspects’ reactions to questioning to judge whether or not they are lying. L.A. Noire was the first video game to be shown at the Tribeca Film Festival. Upon release, the game received wide acclaim for its advances in storytelling and facial animation technology.

Watch the video I made below showing about the first 52 minutes of the game.