Summer time is usually considered the slow time for video games but as I have not been updating my blog lately a few games have come out that are worth playing and mentioning. With the rise of digital downloads the usually shortfall of summer releases seems to be diminishing. Here are thirteen PC games that are in most cases worth playing now.

A competitive game of action and strategy, played both professionally and casually by millions of passionate fans worldwide. Players pick from a pool of over a hundred heroes, forming two teams of five players. Radiant heroes then battle their Dire counterparts to control a gorgeous fantasy landscape, waging campaigns of cunning, stealth, and outright warfare.

Irresistably colorful on the surface, Dota is a game of infinite depth and complexity. Every hero has an array of skills and abilities that combine with the skills of their allies in unexpected ways, to ensure that no game is ever remotely alike. This is one of the reasons that the Dota phenomenon has continued to grow. Originating as a fan-made Warcraft 3 modification, Dota was an instant underground hit. After coming to Valve, the original community developers have bridged the gap to a more inclusive audience, so that the rest of the world can experience the same core gameplay, but with the level of polish that only Valve can provide.

The Raven – Legacy of a Master Thief

A thrilling crime adventure in three episodes from the creators of ‘The Book of Unwritten Tales’. Full of twists and turns, it immerses you in both sides of the story, combining thrill-of-the-chase whodunit with the risk and reward of a heist story.

Paris, 1960. Europe is in the grip of the gentleman master thief The Raven. His burglaries are spectacular and he always emerges unscathed. Young hotshot investigator Nicolas Legrand stuns the public when he confronts the master thief and fatally wounds him.

London, 1964. An ancient ruby – one of the legendary ‘Eyes of the Sphinx’ – is stolen from the British Museum. At the crime scene: a raven feather. Is somebody trying to follow in the Raven’s footsteps? – Legrand is back on the case. At the same time in Zurich a phone rings. Constable Anton Jakob Zellner looks up from behind a mountain of files. He has no idea what lies hidden in a bank vault, just a few hundred meters away from him. As he reaches for the receiver his life takes a crucial turn.

In a cold, dark future dominated by mega-corporations, a small lonely planet on the edge of habitable space is the site of a shadowy research facility specializing in necrotic tissue reactivation. You are a scientist who has suddenly awoken to the realization that you are the lone survivor. The rest of the facility’s personnel have all been killed – micro-chipped and reactivated as combatants by the facility’s central processing AI.

Teleglitch: Die More Edition is a roguelike top-down shooter with retro pixel graphics. Featuring procedurally generated maps that change with each play through, you will never experience the same facility twice.  Clutch your gun, walk down the dark corridors and enter each new room hoping those last few rounds of ammunition will be enough. Feel the anxiety, the paranoia and the sheer terror of Teleglitch.

The year is 2054. Magic has returned to the world, awakening powerful creatures of myth and legend. Technology merges with flesh and consciousness. Elves, trolls, orks and dwarves walk among us, while ruthless corporations bleed the world dry. You are a shadowrunner – a mercenary living on the fringes of society, in the shadows of massive corporate arcologies, surviving day-by-day on skill and instinct alone. When the powerful or the desperate need a job done, you get it done… by any means necessary.

In the urban sprawl of the Seattle metroplex, the search for a mysterious killer sets you on a trail that leads from the darkest slums to the city’s most powerful megacorps. You will need to tread carefully, enlist the aid of other runners, and master powerful forces of technology and magic in order to emerge from the shadows of Seattle unscathed.

The unique cyberpunk-meets-fantasy world of Shadowrun has gained a huge cult following since its creation nearly 25 years ago. Now, creator Jordan Weisman returns to the world of Shadowrun, modernizing this classic game setting as a single player, turn-based tactical RPG. 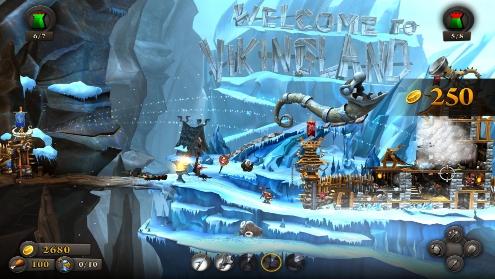 Welcome to the world of CastleStorm, a super genre mashup of 2D physics destruction mashed with tower defense brawler! CastleStorm was born out of the fond childhood memory of building and destroying LEGO castles.

The clouds bring rumors of war…It’s Knights vs. Vikings in CastleStorm, where medieval warfare meets 2D physics-based destruction! Controlling the battle in real-time, players will harness the power of medieval artillery, manage a fearsome ground attack, and cast powerful spells! CastleStorm features a story-driven solo campaign, a custom castle editor, online multiplayer, co-op modes, and more. Building castles and knocking them down has never been so much fun!

CastleStorm is a physics based tower destruction game, combining elements of real-time strategy, resource management, and a beautiful blend of challenging gameplay scenarios.

You are the Dragon Commander. Your mission it is to reunite a broken empire and become the new emperor.  Success depends entirely on your ability to efficiently rule your empire, build invincible armies and lead them to victory. Your secret weapons: your tactical insights, your leadership skills and your ability to turn yourself into a dragon.
Dragon Commander is not just any strategy game – it seamlessly blends real-time strategy gameplay with turn-based campaigning, role-playing an ascending emperor and controlling a formidable dragon.

Spelunky is a unique platformer with randomized levels that offer a challenging new experience each time you play. Journey deep underground and explore fantastic places filled with all manner of monsters, traps, and treasure. You’ll have complete freedom while you navigate the fully-destructible environments and master their many secrets. To stay or flee, to kill or rescue, to shop or steal… in Spelunky, the choice is yours and so are the consequences!

The communist state of Arstotzka has just ended a 6-year war with neighboring Kolechia and reclaimed its rightful half of the border town, Grestin. Your job as immigration inspector is to control the flow of people entering the Arstotzkan side of Grestin from Kolechia. Among the throngs of immigrants and visitors looking for work are hidden smugglers, spies, and terrorists. Using only the documents provided by travelers and the Ministry of Admission’s primitive inspect, search, and fingerprint systems you must decide who can enter Arstotzka and who will be turned away or arrested.

An action-packed, four-player co-op shooter that once again lets gamers don the masks of the original PAYDAY crew: Dallas, Hoxton, Wolf and Chains as they descend on Washington DC for an epic crime spree.

The new CRIMENET network offers a huge range of dynamic contracts, and players are free to choose anything from small-time convenience store hits or kidnappings, to big league cyber-crime or emptying out major bank vaults for that epic PAYDAY. While in DC, why not participate in the local community, and run a few political errands?

Up to four friends co-operate on the hits, and as the crew progresses the jobs become bigger, better and more rewarding. Along with earning more money and becoming a legendary criminal comes a new character customization and crafting system that lets crews build and customize their own guns and gear.

Paradox Development Studio is back with the fourth installment of the award-winning Europa Universalis series. The empire building game Europa Universalis IV gives you control of a nation to guide through the years in order to create a dominant global empire. Rule your nation through the centuries, with unparalleled freedom, depth and historical accuracy. True exploration, trade, warfare and diplomacy will be brought to life in this epic title rife with rich strategic and tactical depth.

The legendary Space Hulk returns to Windows PC and Mac in this epic turn based strategy game. Set in the Warhammer 40,000 universe, an intriguing story of legendary battles and heroic actions unfolds. Play as a small squad of fearless Space Marine Terminators who attempt to reclaim their honor by mounting an assault on a derelict space hulk infested by hordes of vicious tyranid Genestealers.

Take control of the Adeptus Astartes of the Blood Angel chapter and guide them towards glory, while battling fierce Xenos and uncovering ancient relics in the infested confines of the massive Space Hulk named “Sin of Damnation”.

The game is a 3D digital turn based strategy game that recreates the classic claustrophobic board game experience in both single player and multiplayer.

I would recommend you wait for this game to be on sale or play the free version. 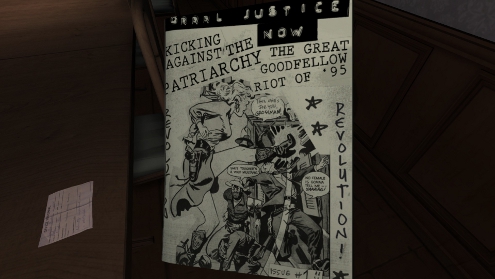 You arrive home after a year abroad. You expect your family to greet you, but the house is empty. Something’s not right. Where is everyone? And what’s happened here?  Unravel the mystery for yourself in Gone Home, a story exploration game from The Fullbright Company.

Gone Home is an interactive exploration simulator. Interrogate every detail of a seemingly normal house to discover the story of the people who live there. Open any drawer and door. Pick up objects and examine them to discover clues. Uncover the events of one family’s lives by investigating what they’ve left behind.

Divekick is the world’s first two-button fighting game. It distills the essence of the fighting game genre into just two buttons with no d-pad directional movement. Divekick’s focused gameplay demonstrates how much depth a single move actually has, and introduces (or reinforces) skills fundamental to the genre: mind games, spacing, timing, and quick reactions.

Divekick has just two buttons: Dive (into the air) makes your character jump straight up. Kick causes your character to fly foot first at a downward angle. If you press Kick on the ground, you can jump away from your opponent. Utilizing these moves, the first hit will win the round, and the player that wins five rounds first wins the game. It’s pure adrenaline, awareness, and outsmarting your enemy. It’s a fighting game deconstructed into its purest form.