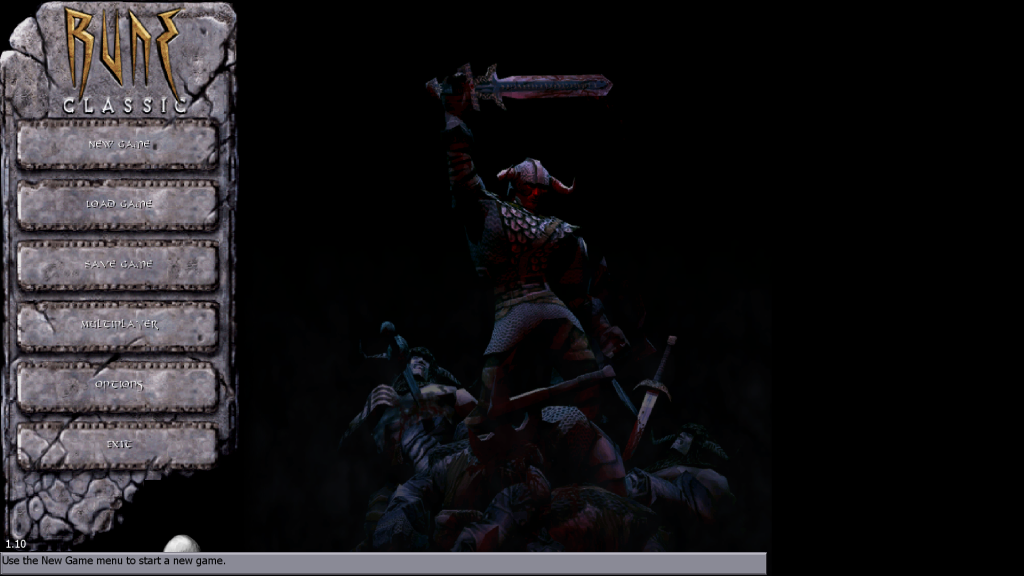 Today it’s Rune a 2000 action-adventure video game developed by Human Head Studios and published by Gathering of Developers for Microsoft Windows (PC). The game is based on Norse mythology, showing the conflict between the gods Odin and Loki and the build up to Ragnarök, the end of the world.

Built on the Unreal Engine, the game casts the player as Ragnar, a young Viking warrior whose strength is tested when Loki and his evil allies plot to destroy the sacred rune stones and bring about Ragnarök.

Upon release Rune received generally positive reviews. A stand-alone expansion pack for the game, titled Rune: Halls of Valhalla was released in 2001. A port to the PlayStation 2 was also released under the title Rune: Viking Warlord in 2001. The game was re-released digitally under the name Rune Classic in 2012, with Halls of Valhalla included.

A pen-and-paper adaptation of Rune was published by Atlas Games.

Watch the video I made below showing about the first 22 minutes of the game.