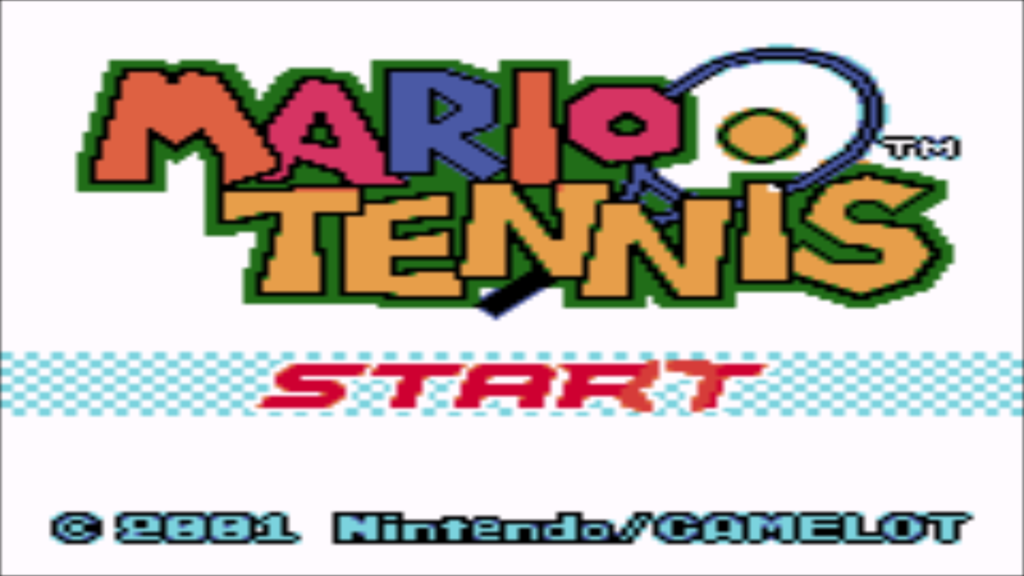 Today it’s Mario Tennis a 2001 sports game developed by Camelot and published by Nintendo for the Game Boy Color (GBC). It was also released on the Nintendo 64. It features a wide variety of human and Mario characters for the player to use. The game also features mini-games such as a tennis version of a shooting gallery where, as Donkey Kong, the player must hit the banana targets on the wall to earn points in a set amount of time.

A role playing game mode appears on the Game Boy Color version, which is not in the Nintendo 64 version. In this mode, players begin as a rookie tennis player at the Royal Tennis Academy, who must build up his/her skill (by leveling-up) through training and practice matches before entering various tournaments. The aim of this mode is to be crowned champion at the academy, although a surprise awaits those who attain this goal. The RPG is playable in singles and doubles (separately), effectively doubling the game’s longevity. There are training facilities that can help the player progress.

Watch the video I made below showing about the first 28 minutes of the game.