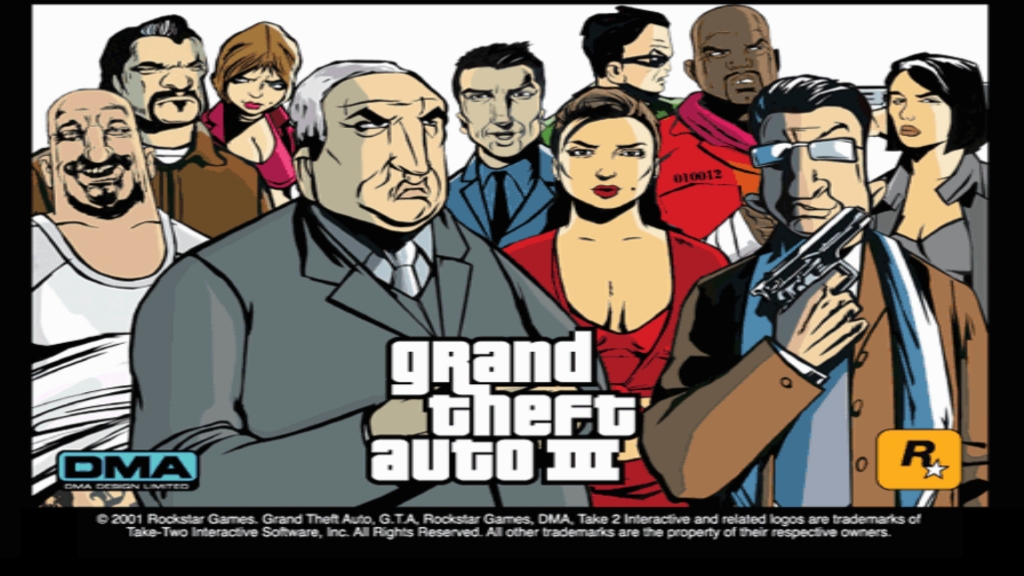 Today it’s Grand Theft Auto III is a 2001 open world action-adventure third-person shooter video game developed by DMA Design and published by Rockstar Games for the PlayStation 2 (PS2). It was released on 22nd October 2001 for the PlayStation 2, on 20th May 2002 for Microsoft Windows, and on 31st October 2003 for the Xbox. A remastered version of the game was released on mobile platforms in 2011, for the game’s tenth anniversary.

It is the fifth title in the Grand Theft Auto series, and the first main entry since 1999’s Grand Theft Auto 2. Set within the fictional Liberty City, based on New York City, the game follows Claude after he is left for dead and quickly becomes entangled in a world of gangs, crime and corruption.

The game is played from a third-person perspective and its world is navigated on foot or by vehicle. The open world design lets players freely roam Liberty City, consisting of three main islands. Development was shared between DMA Design, based in Edinburgh and Rockstar, in New York City. Much of the development work constituted transforming popular series elements into a 3D world. The game was delayed following the 11th September terrorist attacks, to allow the team to change references and gameplay deemed inappropriate.

Upon release, the game received critical acclaim, with praise particularly directed at its concept and gameplay. However, the game also generated controversy, with criticism directed at the depiction of violence and sexual content. Grand Theft Auto III became the best-selling video game of 2001, and has sold over 17 million copies. Considered one of the most significant titles of the sixth generation of video games, and by many critics as one of the greatest video games of all time, it won year-end accolades, including Game of the Year awards from several gaming publications. Since its release, it has received numerous ports to many gaming platforms. Its successor, Grand Theft Auto: Vice City, was released in October 2002.

Watch the video I made below showing about the first 30 minutes of the game.